What is a programmable logic controller? 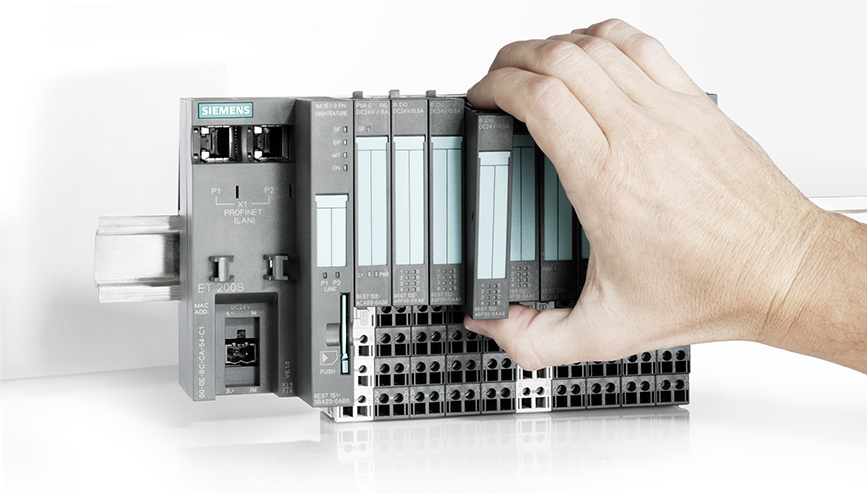 This is a digital computer which is specially adapted for the control of manufacturing processes such as assembly lines, lighting fixtures, robotic devices, amusement rides or activities that require high-reliability control, process fault diagnosis and ease of programming.

Programmable Logic Controllers (PLCs) have progressively become a fundamental part of the industrial environment. It is imperative to understand their basic functionalities as a technician involved with PLCs controlled processes.

PLCs are designed for multiple arrangements of input and output, resistance to impact and vibration, electrical noise immunity and extended temperature ranges.  The programs are written on a computer and then downloaded to the PLC. The Programs to control machine operation are stored either in non-volatile memory or battery backed up RAM.  A PLC allows for output results in response to input conditions within a set time.

A brief history of the PLC

Before the PLC, sequencing and control for manufacturing were composed of drum sequences, relays, and closed-loop controllers. The process of updating these was expensive and time-consuming because it required individual rewiring of relays.

PLCs were invented to replace the rewiring of relay based control panels in the American automotive industry when there was a change in production models.

GM Hydramatic, which is General Motors automatic transmission division, issued a request in 1968 for the hard-wires relays systems to be replaced. Bedford Associates of Bedford, Massachusetts gave the winning proposal.

Bedford Associates started a new company dedicated to developing, manufacturing, selling, and servicing this new product which they named MODICON (MOdular DIgital CONtroller). One of the very first 084 models built was decommissioned after almost twenty years of nonstop service. The automotive industry remains one of the largest users of PLCs to date.

Previously, the sequencing and control for automobiles manufacturing relied on hundreds of relays, dedicated closed-loop controllers, drum sequencers, and cam timers. Updating such facilities was costly and time-consuming, as technicians needed to manually and individually rewire the relays.

When digital computers were invented, they were used in in industrial processes to control combinatorial and sequential logic due to their general-purpose programmable devices. However, these early computers required programming specialists as well as rigorous operating environmental control for cleanliness, temperature and power quality. To overcome these challenges, the PLC was developed with several key attributes. It would tolerate a harsh environment; effortlessly support discrete input and output. Also, its operations could be monitored and would not require years of training to use.

Reduced Cost: PLC prices range from a few hundred to a few thousand. PLCs are cost efficient because they eliminate shipping and installation costs.

Flexibility: A single PLC can effortlessly run many machines.

Ease of Troubleshooting: With PLC control, any changes in sequence or circuit design are as simple as retyping the logic. PLCs allow for a fast and cost effective way of correcting errors. Moreover, a PLC program can be tested after it is developed before it is implemented in the field.

Visual observation: PLCs have a visual display on a screen which makes troubleshooting simple and fast.

Components of a PLC

All PLCs have the similar basic components. These include controller relay units for input and output, timers, CPU, a peripheral device, communication processor (CP), interface module (IM) and power supply. These components work jointly to carry information into the PLC, evaluate that information after which the information is sent back out to various fields.