What is Field Bus and what are the Foundation Fieldbus basics?

Before the introduction of Foundation Fieldbus, the gateway to the industrial automation started with parallel wiring, where the devices were connected independently with the rule and control level.

However, with the increased levels of automation, the number of participants also increased. This led to a high wiring expenditure. Hence, it was extensively replaced by economical and faster Fieldbus systems.

Foundation Fieldbus systems are targeted for

platforms using advanced as well as primary regulatory control, along with some of the discrete commands associated with those functions. The technology was previously used in the process industries; however, with recent advancements, Foundation Fieldbus are now being applied in power plants as well.

Field and Bus make Fieldbus. A field is a geographically limited area. In an engineering world, it is intellection of the plant levels. Bus, on the other hand, is a set of a standard line that electrically links multiple circuits for transferring information.

The idea behind Fieldbus is to eliminate any point-to-point links between the field devices like actuators and sensors and their controllers by a single digital connection on which all the information is communicated consecutively in serial order and multiplexed over time.

In most cases, the Fieldbus transfers the information in small packets in a sequential manner. The subsequent transmission of information decreases the total required number of connecting lines over greater distances than that of parallel transfers.

Within the process automation environment, there are two related applications of Foundation Fieldbus. They use different communication speeds and physical media. 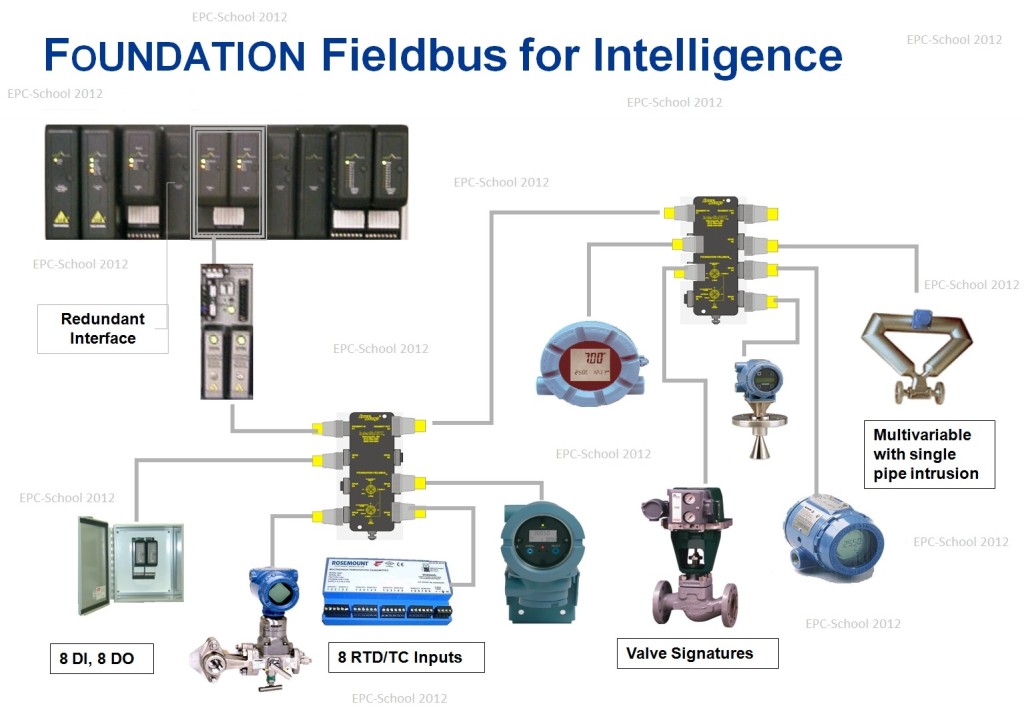 What does this mean?

Considering the mentioned benefits of Foundation Fieldbus, there are plenty of reasons why it is implemented in many automation industries. So of them are as follows: